Process Control Technicians are in high demand in industry.  As automation continues to advance our capabilities, it also increases the difficulty of maintaining the system.  Understanding the complex systems in automation begins with the basics, such as print reading.

A block diagram is a pictorial representation of the cause and effect relationship between the input and output of a physical system. A block diagram provides a means to easily identify the functional relationships among the various components of a control system.

The simplest form of a block diagram is the block and arrows diagram. It consists of a single block with one input and one output (Figure 1A). The block normally contains the name of the element (Figure 1B) or the symbol of a mathematical operation (Figure 1C) to be performed on the input to obtain the desired output. Arrows identify the direction of information or signal flow.

Although blocks are used to identify many types of mathematical operations, operations of addition and subtraction are represented by a circle, called a summing point. As shown in Figure 2, a summing point may have one or several inputs. Each input has its own appropriate plus or minus sign. A summing point has only one output and is equal to the algebraic sum of the inputs. 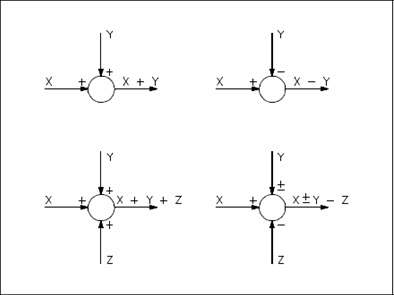 A takeoff point is used to allow a signal to be used by more than one block or summing point (Figure 3).

Figure 4 shows basic elements of a feedback control system as represented by a block diagram. The functional relationships between these elements are easily seen. An important factor to remember is that the block diagram represents flowpaths of control signals, but does not represent flow of energy through the system or process. 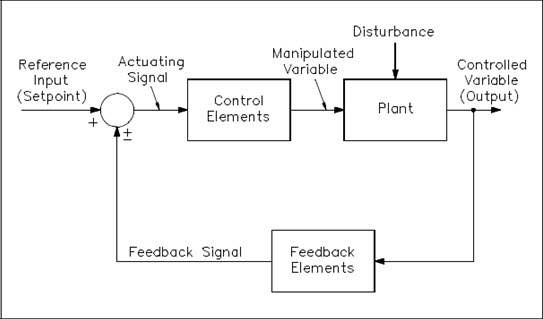 Below are several terms associated with the closed-loop block diagram. 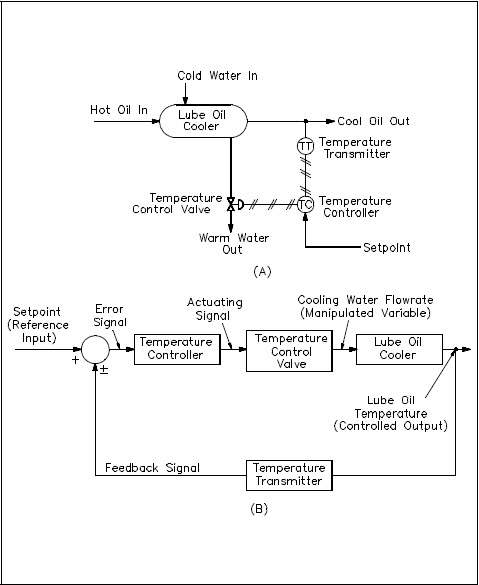