A single facility can have hundreds, if not thousands, of valves to control everything from turbine operation to ventilation, to systems that ensure the safety of personnel and equipment. The valves used can range in size from less than an inch to several feet in diameter. While some of these valves are designed to be operated manually, many of them require some form of automatic or remote operation. Operators and technicians must understand the different types of actuators used to operate these valves, and how these actuators work. 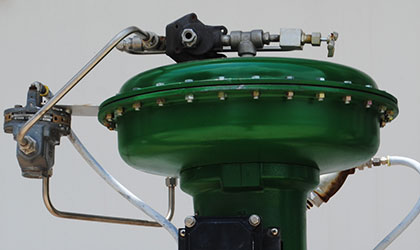 Valve actuators are devices used to position valves. They can be used to fully open and shut a valve, or in an application that requires constant and precise control, such as regulating the flow of fuel to a gas turbine, modulate the position of the valve. There are many applications that call for the use of actuators, such as:

There are three basic types of automatic valve actuators: those that are controlled by pressurized air, by electrical power, or by hydraulic force. Selecting the proper actuator is based on the following considerations: 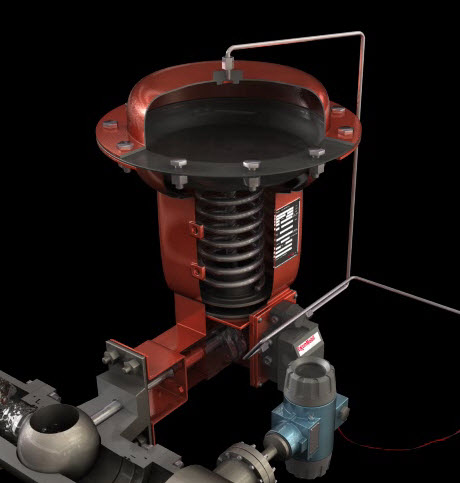 Pneumatic actuators use pressurized air to operate a valve. They do this by applying the force of the air to a piston or a diaphragm attached to the valve stem. Pneumatic actuators are used to provide automatic or semi-automatic valve operation, and are the most popular type in use due to their dependability and simplicity of design.

The advantages of pneumatic actuators include:

The disadvantages of pneumatic actuators include: 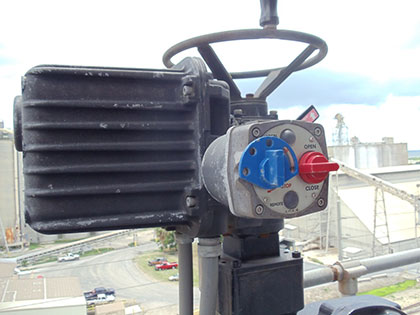 Electric actuators include electric motors and solenoid-actuated valves. Electric motors can be used to open, close, and position a valve manually, automatically, or semi-automatically. The motor operates in both directions and drives the valve stem by means of gear couplings. Solenoid valves use electric power to attract a magnetic slug attached to the valve stem and are used in automatic open-close applications.

The advantages of electric actuators include:

The disadvantages of electric actuators include:

When a facility is located in a cold enough climate, any moisture trapped in pneumatic control lines can freeze, removing control of that valve. In conditions such as this, many facilities will rely on electric motor actuators for reliability and efficiency during extreme temperatures. 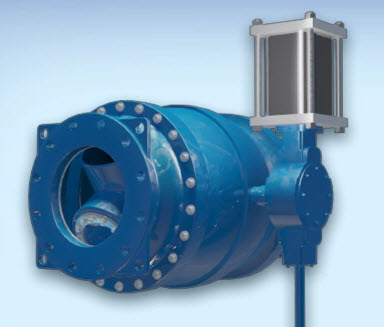 Hydraulic actuators use a pressurized fluid to control valve movement. The hydraulic fluid used is either water or oil and is fed to either one or both sides of a piston to cause movement. Hydraulic valves provide for automatic and semi-automatic valve operation.

The advantages of hydraulic actuators include:

The disadvantages of hydraulic actuators include: